The waste is watching… 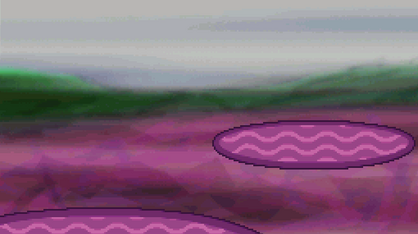 Wasteland is one of the Field Effects. It appears constantly in Byxbysion Wasteland. Unlike most other field effects, it cannot be summoned by any means, whether by transforming another field or by some combination of moves, nor can it be transformed or terminated by any permanent means.

Entry hazards are consumed at the end of each turn, dealing a special effect to the side the entry hazards were placed on:

The waste joined the attack!

These moves will increase in base power to 1.2x and will inflict a random status condition:

Poison and Steel Pokémon, as well as Pokémon with Poison Heal, Toxic Boost, or Immunity will not be afflicted with a status condition.

Moves that decrease in base power to 0.25x

Moves that increase in base power to 1.5x and deal additional Poison damage

<Pokémon> did it for the vine!

The Telluric Seed boosts Attack and Special Attack, but applies a random status to the user.