The field is littered with rocks. 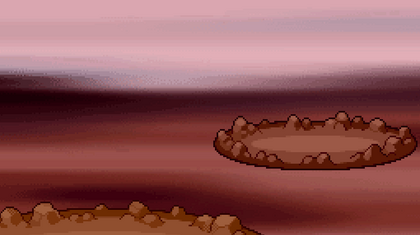 Rocky Field is one of the Field Effects. It appears constantly in the Agate Arena. Unlike most other field effects, it cannot be summoned by any means, whether by transforming another field or by some combination of moves, nor can it be transformed or terminated by any permanent means.

After putting up a Substitute or raising evasion, a Pokémon has a chance to dodge any of these moves by hiding behind rocks:

Moves that have a 1.5x increase in power and deal additional Rock damage

The Telluric Seed boosts Special Defense and Evasion, but damages the user with Stealth Rocks.