The Opal Ward is the centermost Ward of Reborn City and the second Ward the Player passes through on their journey through the Reborn Region. It is the location of the Grand Hall, the headquarters of the Reborn League, where the Player obtains their Starter Pokémon.

When first entering the Ward

The Grand Hall is a large building that rests in the center of the Opal Ward. It is the headquarters of the Reborn League and contains a Pokémon Center and a Pokémart. It is here where you obtain your Starter Pokémon, as well as have your first battles with your rivals Victoria and Cain.

A bridge that surrounds the Grand Hall connecting the Opal Ward to the Obsidia Ward, where many trainers gather. The underside of the Opal Bridge can be accessed from the east of the Peridot Ward and leads to the Underground Railnet where you can catch a couple new encounters.

On sunny days, an ice cream cart will be found parked outside the Grand Hall.

On the northeastern corner of Opal Bridge there are two thugs beating up a Pachirisu/Zigazgoon. Defeat the look out and then the thugs in a double battle and the Pachirisu/Zigzagoon will join you. 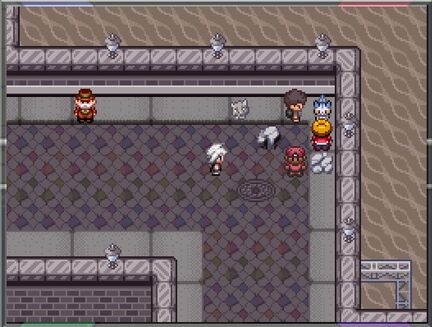 During rainy or stormy weather, a Pansear/Panpour will appear underneath Opal Bridge. Pansear will join without a fight, but not Panpour. 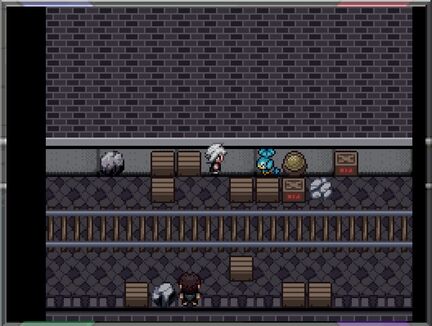 Upon leaving the Grand Hall after obtaining your Starter Pokémon you will find a girl struggling with her disobedient Stufful/Snubbull. She will then leave and go to the apartment in north-western most Peridot Ward.