Pokemon Reborn Wikia
Register
Don't have an account?
Sign In
Advertisement
in: Moves that may reflect, Field Effects, Synthetic

Mirror, mirror, on the field,

Who shalt this fractured power wield? 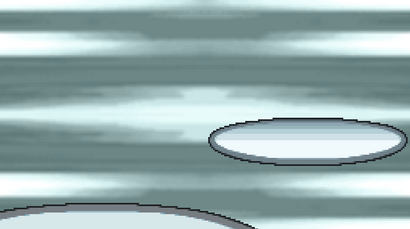 Mirror Arena is one of the Field Effects. It is the field on which Serra fights.

Special moves that are single-target and noncontact have a chance to reflect off the field if they miss, and hit the target anyways. (See here for a full list) With the following moves, reflection will double their power:

Abilities that raise evasion when the bearer is sent out

Moves that increase in power by 1.5x and gain perfect accuracy

The following moves will shatter the mirrors, terminating the field effect and damaging all Pokémon on the field:

Similar to the collapse of a cave, Pokémon behind Protect, Wide Guard, or Spiky Shield, as well as Pokémon with Shell Armor or Battle Armor, are immune. Pokemon using moves that leave them in a semi-invulnerable turn (such as Fly, Dig, etc) avoid shatter damage when applicable.