The Jasper Ward is the westernmost Ward of Reborn City and the sixth Ward the Player passes through on their journey through the Reborn Region. It is the location of the Reborn City Police Station. The ward is destroyed by the same overgrowth as the Obsidia Ward; however, unlike Obsidia, the Jasper Ward didn't receive help sooner and has been left in a ravaged state. Citizens and Police alike have been displaced across the Ward with varying states of trauma.

North of the entrance from the Peridot Ward is the Reborn City Police Station. Enter and talk to the Police Chief and he will explain how the Police Force is stretched thin; then, an officer will arrive and explain your deeds in the Obsidia Ward to the Chief. The Chief then asks you to help find five missing officers scattered across the Jasper Ward and the Beryl Ward.

The plot will vary depending on whether or not all five of the officers have been found. The different plots are referred to as Police Found (if all policemen have been located) and Police Farce (if some were left behind).

The second sticker is obtained by saving a citizen after destroying the PULSE Machine. She thanks the player and invites them to her friend's house in Peridot Ward, where her friend will give the sticker.

In the hotel next to the Pokémon Center, a man is frantically searching for his Mareep. His Mareep can be found having a similar panic attack in the southeasternmost house, and will calm down and join the player after being given PokéSnax. 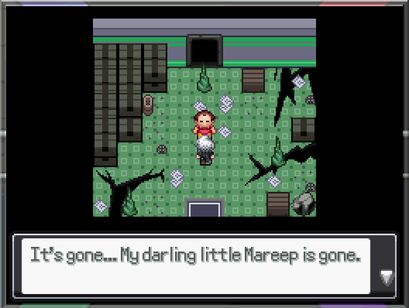 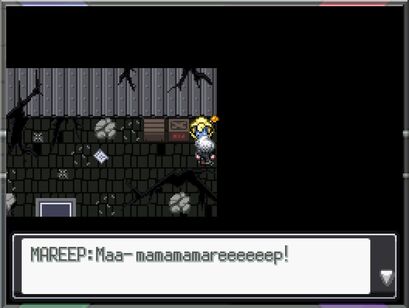 During clear days, an Emolga can be found sleeping behind a tree just south of the Pokémon Center that can be cut. After being awakened, it will attack. Emolga will have Roost, Air Slash, or Ion Deluge as it's Egg Move. 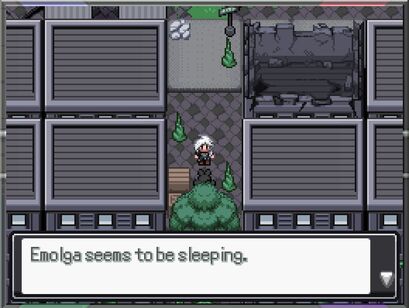 For finding all the police officers, you receive a female Growlithe with the egg move Close Combat or Morning Sun. This cannot be completed after passing the Agate Checkpoint. 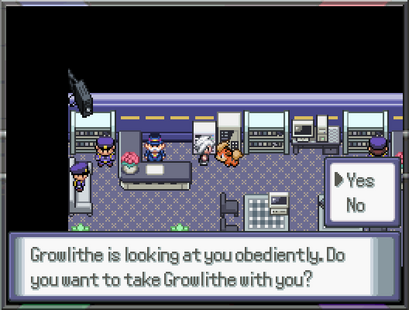 If you saved all the policemen, speak to the policeman at the counter who got his Growlithe stolen by a Team Meteor Grunt. Across from him, another policeman thinks of a way to solve his loneliness: give a Growlithe egg to him as a replacement. In return, he'll gift you with an Egg containing one of eighteen possible Pokémon, which is determined at the start of your game, as listed in the Sidequest page. 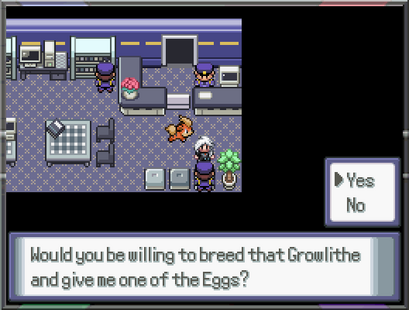 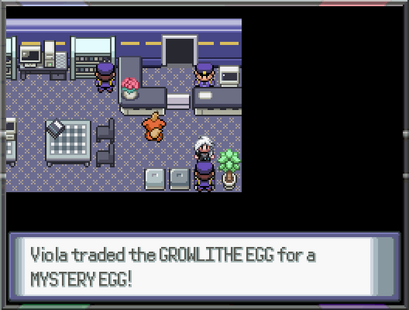