The field is covered in ice. 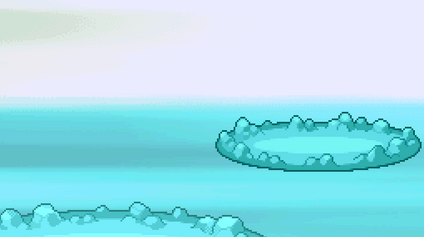 Icy Field is one of the Field Effects. It appears constantly in the caverns of Ametrine, Citrine, and Celestinine mountains.

Blizzard, Glaciate, and Subzero Slammer will transform a Water Surface or a Murkwater Surface into this terrain.

Due to the slippery terrain, grounded Pokémon will increase in speed when using any of the following moves:

The quake broke up the ice!

Earthquake, Magnitude and Bulldoze will terminate this field effect.

The ice melted away!

The following moves will transform this field into a Water Surface: