Fern Sevilla is the backup Grass-type Gym Leader of Reborn, as well as one of the player's rivals, along with Cain and Victoria. He is a boastful narcissist who consistently insults and belittles the other characters, including his sister, Florinia.

Fern is confident to the point of arrogance, unwilling to admit any flaws or shortcomings. He is first encountered outside a factory in the Peridot Ward, where he's certain he's right about the meeting place and, after realizing he was wrong, is certain it wasn't his fault.

Shortly afterwards, he meets up with the player and Julia in front of the Mosswater Factory along with his sister. He attempts to be slightly more polite, but Julia's reaction to him makes it clear he can't keep the act up long, and he drops it right after entering.

After entering the factory, Florinia suggests that, to work towards both learning more about Team Meteor and working to stop the factory's pollution, the group split up, and the player is stuck with Fern, who often makes snarky comments on the way through.

Fern later appears in the Onyx Ward, determined to stop the player from challenging his sister, declaring them "not worthy". He blocks the entrance to the Onyx Trainer's School and orders students to attempt to keep the player out, to defend their pride. Many students remark that they're worried about what Fern will do to them when he finds out they have failed.

Fern continues his large-scale bullying by blocking the entrance to Florinia personally, claiming he is stopping the player from embarrassing themselves by even attempting to battle Florinia. "It's simple, really: You're a loser." After yet another defeat, he decides to take on the Reborn league, to attempt to show the player up.

Fern is battled in a Single Battle format and he has two Potions.

Fern is your partner during the raid of Mosswater Factory.

Fern is battled on a Wasteland Field in a Single Battle format and he has two Chocolate Ice Creams.

Fern is battled on a Grassy Field in a Single Battle format and he has two Strawberry Ice Creams.

Fern is battled alongside Blake in Double Battle format. You fight alongside Florinia.

Fern often quit halfway through a battle in the online league and did a rematch with a different team. Florinia often did a league challenge and kept restarting just to annoy Fern. 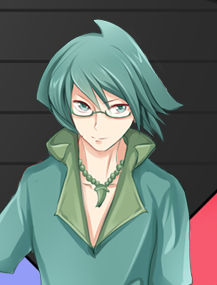 Retrieved from "https://pokemon-reborn.fandom.com/wiki/Fern?oldid=13852"
Community content is available under CC-BY-SA unless otherwise noted.