If you wish to slay a dragon… 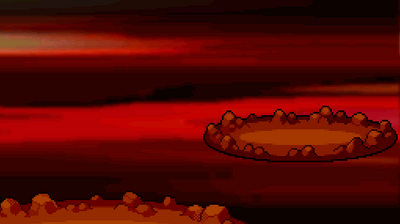 Dragon’s Den is a Field Effect that was released with Episode 16. It appears constantly in The Belly of the Beast.

The Field Notes for Dragon's Den can be found in Never After.

Transitions to other Field Effects

This Field Effect will transform into a Cave after one use of Glaciate, Subzero Slammer or Hydro Vortex, or two uses of Surf, Muddy Water, Sparkling Aria or Oceanic Operetta.