The Beryl Ward is the northwesternmost Ward of Reborn City and the seventh Ward the Player passes through on their journey through the Reborn Region. It is the Location of the Beryl Library, the Beryl Bridge, the Beryl Cemetery, and the Beryl Gym. It also is connected to Beryl Cave and Rhodochrine Forest.

A former Poison-type Gym of the Reborn League and home to its mysterious former leader, Corey.

A cave accessed west of the Beryl Gym with Rock Smash. It leads to the Rhodochrine Jungle Totem Area, and after obtaining Rock Climb, you can also access a different part of Teknite Ridge.

Just to the left of the Beryl Gym is a path that leads to the Beryl Cemetery. This vine-covered graveyard has been quite damaged, to the point where some graves are unreadable, but a few can be made out:

Down and left of the PokéMart is a streetrat that will tell you of his misfortune and ask for money. If you give him at least ₽5000 he will give you the Magnetic Lure, a held item that increase the chance of finding not-yet-caught Pokemon and ensures fleeing from battle. (Need confirmation/testing on exact item effect) 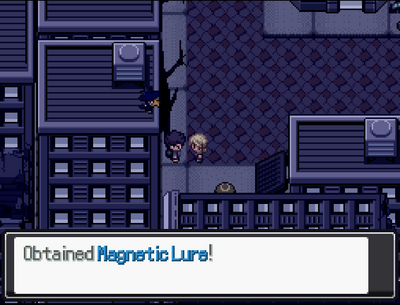 During sunny weather, a Helioptile can be found on the roof of the hotel next to the PokéMart. It will join the player if they give it a PokéSnax. Helioptile will know Electric Terrain as its Egg Move. 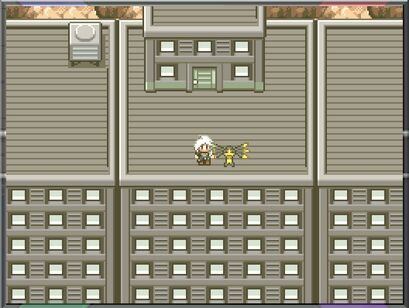 After defeating the Beryl Gym, if you clear up the trash in the Library and report to the Gothitelle, she will give the player a Soul Candle and one of the Gothita will also join the player if interacted with. It will always be female and come with either Mirror Coat or Dark Pulse. 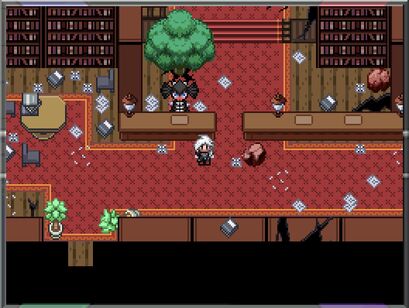 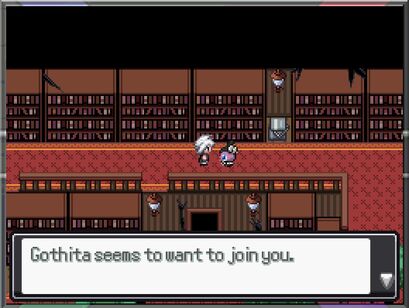 At night, if the player has a Soul Candle, they can use it on a large pumpkin to make Pumpkaboo appear and catch it. Its level varies depending on the pumpkin used. 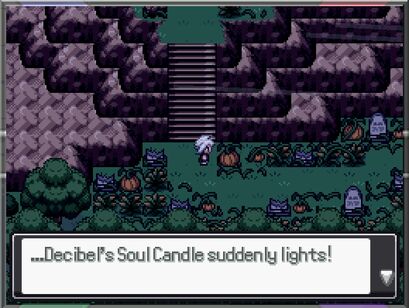 After meeting Shelly in Lapis Ward, you will find the ghost of Corey on the Helioptile hotel roof in Beryl Ward on a clear night. This ghost is really a Zorua in disguise, and finding it will prompt it to run away. Zorua's first hiding spot will be by the PokéMart in Peridot Ward, and its second will be in the abandoned hotel next to the Magma Hideout in the North Obsidia Ward. Zorua is level 30 and will challenge you after interacting with it at this second hiding spot. This cannot be completed after going through the Agate checkpoint. 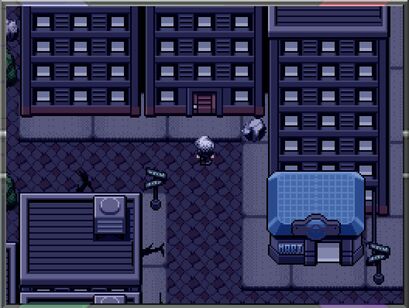 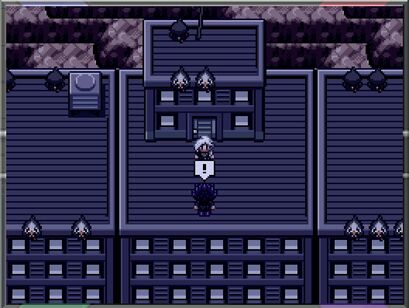