The Apophyll Beach is accessible after obtaining the Omen Badge from Shade and clearing the Blacksteam Factory event.

The player must travel here to get HM Strength from Kiki, the sensei of Apophyll Academy and Reborn's former Fighting-type Gym Leader.

The cave is located north of Apophyll Beach

The volcano that towers above Apophyll, Pyrous Mountain is the biggest active volcano in the Reborn Region. The peak of the mountain is where the player fights Cal.

Pyukumuku can be found scattered throughout the beach. Interacting with one will initiate a battle. 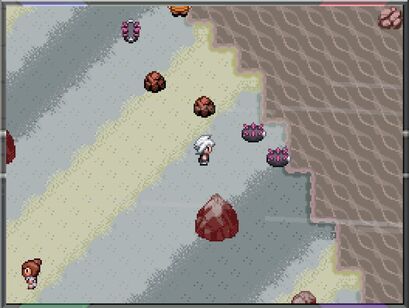 During rain or stormy weather, Corsola can be found near the entrance of Apophyll Cave. Give it a PokéSnax to have it join your party. Corsola will come with Curse and Head Smash as its Egg Moves. 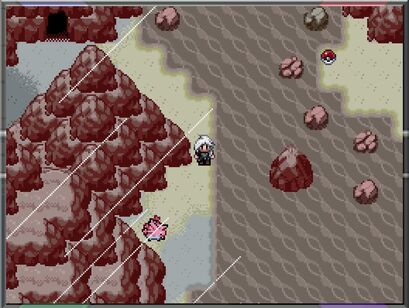