The 7th Street is a hidden street located under the Lapis Ward, accessible after being granted permission by either Maxwell or Archer after both completing the Magma or Aqua Gang quests and defeating Radomus.

The Subseven Sanctum is located in the northwestern section of 7th Street, accessible after the player finds Bennett buying items for a ritual in the Black-Market.

There are a few vendors scattered around 7th Street that will sell unique items to you along with a vendor that will sell you Ability Capsules for 2 Shards (color changes depending on the day).

In the southeast there is a man who is selling the Pokémon you saw in the Blacksteam Factory. Arclight will appear after you buy one, asking you if you can buy all of the Pokémon for him. After buying all of the Pokémon, he will give you a Lucky Egg. The man who sold the Pokémon will later become a move tutor after city restoration. 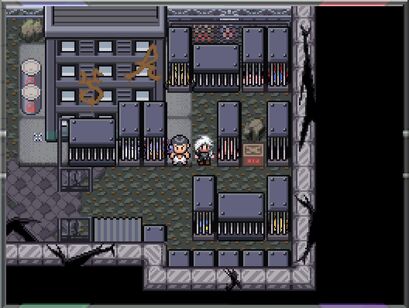 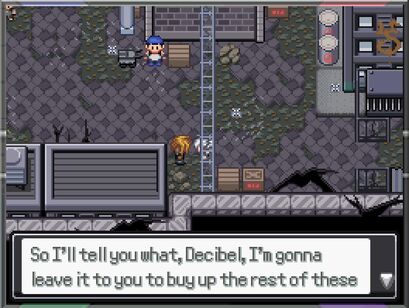 Each Pokémon will have an Egg Move, and they are as follows.

Hold onto the Vanilite, Loudred, Makuhita, Jigglypuff and Roggenrola you get here. You will need them for a sidequest later. If you lose them you will not be able to complete the quest. In previous episodes, these pokémon could not be evolved, but that is no longer the case as of e19.

Located above the Pokémon Market is the Pokémon Psychologist who can change the nature of a Pokémon for three heart scales.

East of the entrance to the Subseven Sanctum there is an Alleyway; inside is a small group of scientists calling themselves the Aether Foundation. If you talk to the head scientist, she will fight you. After you defeat her, she will ask for help on a project to make a new Pokémon. 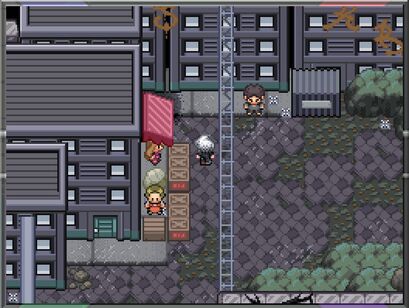 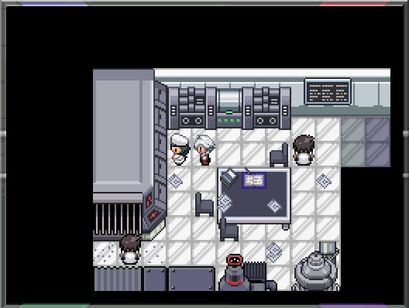 After you gain Fly by defeating Ciel, you can return to 7th Street and the gate blocking the stairs behind the recovery machine will be open. It will lead you back to the Water Treatment Center. It will lead you to the room Taka locked after you decided to battle or not battle him. The room has a Black Flute and provides a shortcut back.

After escaping Subseven Sanctum, head to the building located in the southwest of 7th Street. If you have the Helix Fossil in your bag you can trade it a cultist for a Sail Fossil or a Jaw Fossil in exchange for a Pidgeot. You can get the other fossil if you give him a Farfetch'd. You can get more fossils if you give him a Helix Fossil. If you have the Dome Fossil in your bag, they will not interact with you, so make sure you put Dome Fossils in your PC. 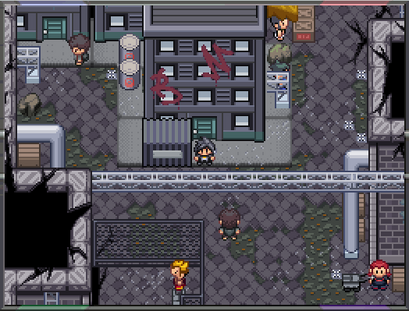 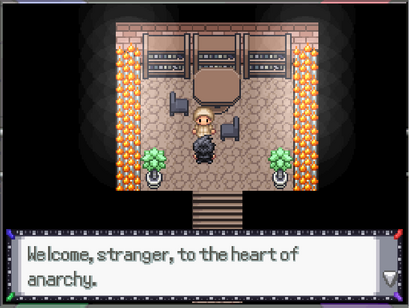 After the city restoration, Maxwell or Archer will appear asking the player to find jobs for the members of the gang as they are not need anymore due to the reconstruction. The members of the gang wants a specific job to work at, so you need to find the right job for them. The job applications are found around Reborn by interacting in the places they are in. You need to use the application in your bag next to the member who wants the job for them to accept it, since they will not ask for it. The list of jobs for the members are:

After obtaining the 'Rare Candy' a guy will rob you of it. Hunt him down and fight him for it in the south of 7th Street. After defeating him, there is a guy in the northern cave area who will give you a Piplup with Icy Wind and Agility if you give him the 'Rare Candy'. 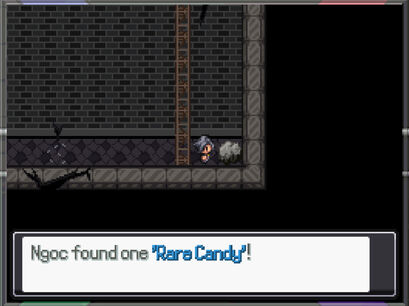 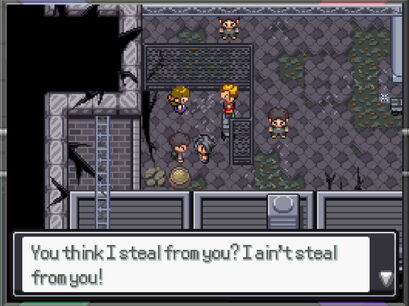 In order to finish the side quest for the Aether Foundation, they will have you get them the following Pokémon:

After you finish fetching the Pokemon for the Aether Foundation, leave 7th Street and return to finish the creation process. The scientist will enter the enclosure and will be killed by Type: Null since it still had the memories of its constituent Pokémon — and the presumably painful experiments it suffered through. After she dies, you will battle Type: Null, who is level 50.

If you have gotten the Oddishweed from South Aventurine Forest, at Evening or Morning there will be a lady shopping down here that will give you an Egg containing a Chespin for your Oddishweed. Chespin will know Spikes and Synthesis as its Egg Moves. 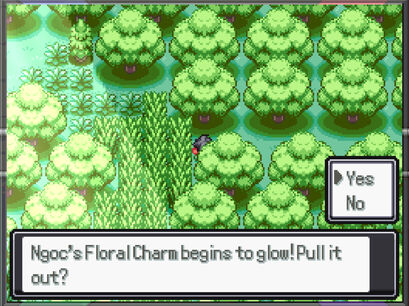 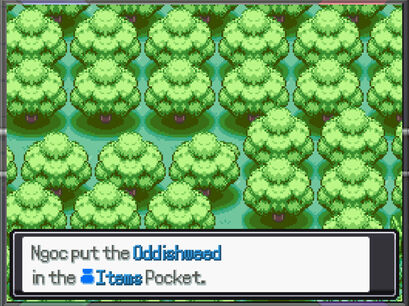 After buying all the Pokémon from the Pokémon Market and continuing the Magikarp Sidequest you will find a guy selling your stolen Pokémon here. Buy it for 2 Blue Shards and it will get stolen again.