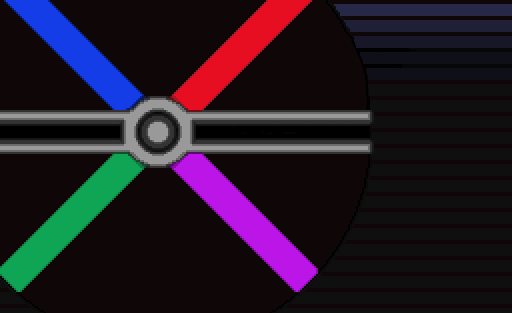 Could you not have added a difficulty option for some of us who are not complete neeks and just want to have fun with the game rather than being stuck at the same place for ages all because of 1 team built around a stupid specific area or whatever which you could easily defeat if they were in another? Its pathetic, and puts me off the game, + how much dialog do i have to skip jesus christ! So much chatting about shit i dont care about, keeping me stuck a agate circus is a burden and where tf and why tf do i not have fly already? its like youre trying to stop as many people as possible from completing this game, most likely due to a stupid and boring storyline that you want no one seeing at the end of the game. Seriously this, is, so, shit.

What a useless place? glitch world, oh let me go and create a team that responds well to that even though i will never ever be in one again

Rng in this game is really dumb too I barely ever get crits even when I use move with a higher crit rate. aalso npcs in this game feels like im playing against a level 9 bot they literally feels like they know my pokemon has an item and knows how to counter my mons abilities and I have soft reset hours upon hours bc im stuck on some broken ass team and you will notice it if you're stuck on a part

I get you man, 6 Accuracy decreases mean nothing to an opponent, but if you get one you'll be missing every other attack. I chose squirtle as my starter nad oh boay, I was 4 hours into the game when I finally beat the first damn gym. it's such a back and forth, you need to grind wayto much and even if your pokemon have the maximum level they obey you at, you still need to rely on the luck going your way (and that's not gonna happen too often).

What do you think?